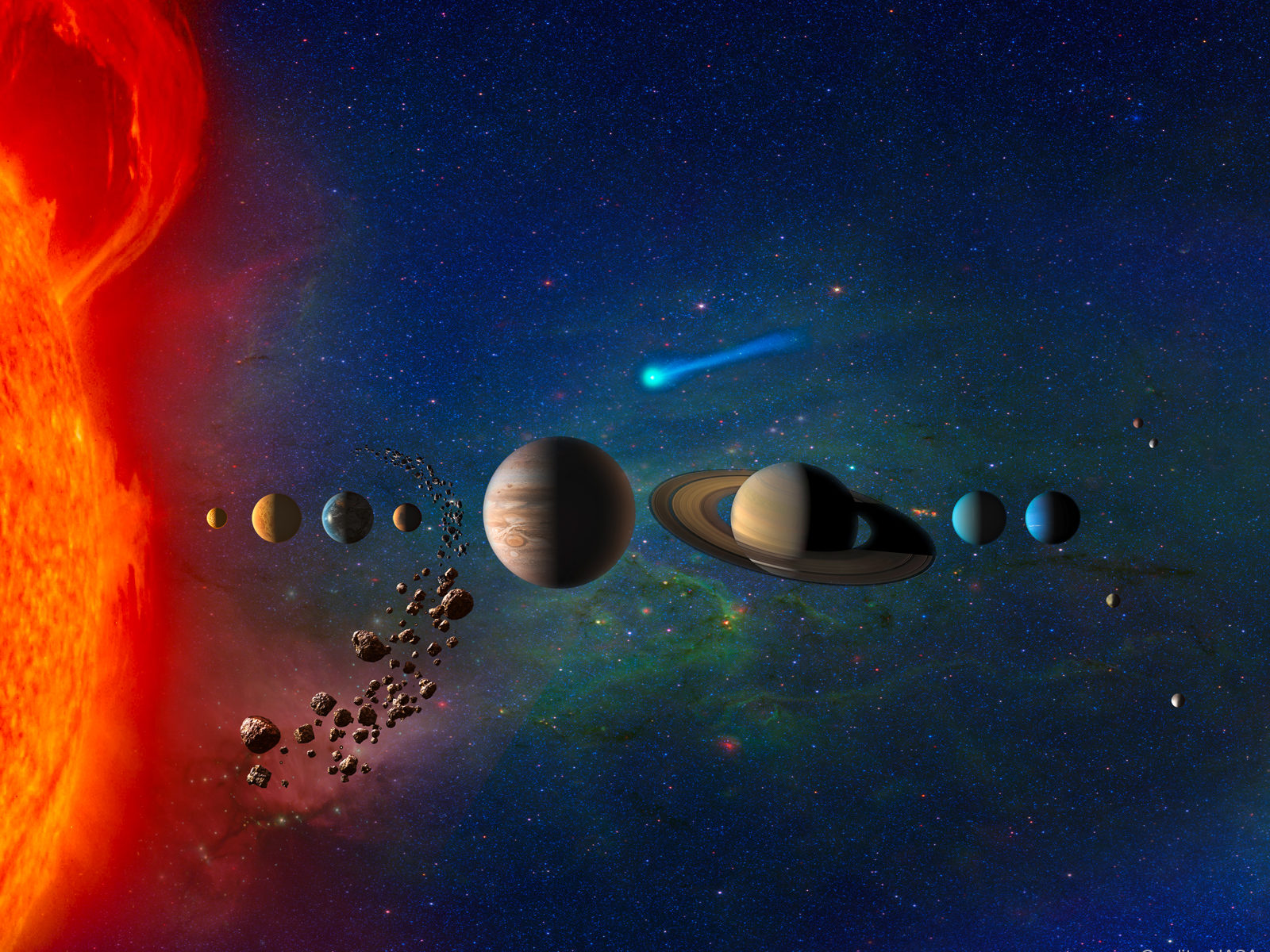 One of the most striking differences between Western and Vedic Astrology is the presence of extra-Saturnine planets (Uranus, Neptune, and Pluto) in the former. Given that Vedic Astrology is vast and ancient, I find it quite intriguing that these planets have no place in our system. Should we ignore these planets because they have no mention in our classical works? Did our ancient seers not know about the existence of these planets? Does this mean that these planets have no influence on us? How is it that mathematical points in space (Rahu and Ketu) can influence us and not these real physical heavenly bodies (although they are at a great distance from us)? There is no simple answer. However, there are a few perspectives that serve as starting points for further research.

Some are of the view that since all planets up to Saturn are visible to the naked eye, our ancient seers were able to observe their movement and record the corresponding influence on human life. Planets beyond Saturn are not visible to the naked eye, and as such, they are said to be too far away to influence us. On a side note, it’s actually quite incredible that we can see these distant planets with our naked eyes! All you need to know is where and when to look. More on this later.

Another view is that the great sage Vyasa, who authored the Mahabharata, was actually aware of these extra-saturnine planets. In the Mahabharata, there are references to many planetary positions before the great Kurukshetra war. Working backwards, it is claimed that some of these planetary positions correspond to Uranus, Neptune, and Pluto. With these references, Vyasa seems to imply that these planets also influenced the war. Why then do we have no mention of them anywhere else? For reasons unknown, it looks like we were unable to pursue these planets any further. Of what little information is available, these planets are said to be (in general) violent and regenerative forces. Indra is ascribed to Uranus, Varuna to Neptune, and Yama to Pluto. It does not quite matter if this is true or if it can be used successfully for predictive purposes. It is fascinating nonetheless and should not be ignored. There is enough material to warrant further research to advance astrology into the future.

Some others are of the view that the very long orbital periods of these planets preclude them from influencing individual lives. Pluto, for example, has an orbital period of 248 years (the time it will take to transit through all the 12 signs). In the context of the relatively shorter human life, it is seen as affecting humanity as a whole but not individual lives to the same extent.

What does this mean for the future of these planets in Vedic Astrology? If you look at the classical works, there are many conflicting views regarding planets and their influences. For example, Parasara states that Rahu is exalted in Taurus. Gopala Ratnakara later assigns Gemini instead. What’s fascinating about these conflicts is that, regardless of who is more accurate, they make sense in the context of their chronology. Astrology is and has been a science that has improved with research over time. Therefore, just because these extra-saturnine planets have no mention in our classical works, it does not mean that they have no influence on us or that they will not be part of our system in the future. In this current age, it might take the birth of another great soul of the likes of Dr. B V Raman, quite arguably the modern Parasara, to reveal astrological truths that are hitherto unknown.